Different Types of Fire Extinguisher and How to Use Them 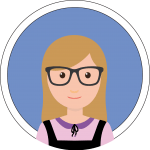 We all know what a fire extinguisher looks like and thankfully many of us will never had to have used one but if the situation did arise, would you know how to do so? Looking back, it is not something I was ever shown how to do until I worked in a Care Home and had to attend basic fire training but maybe how to use a fire extinguisher and when it is safe to do so is something we should all be shown whilst in school, just like how many schools invite the police over to show you the dangers of driving. Yes, Fire extinguishers do have a guide on how to use that particular type of fire extinguisher but if an emergency situation was to arise prior knowledge could be very beneficial especially considering the rate at which a fire can grow.

Fire extinguishers work by removing one or more components of the fire triangle but if you use the wrong type, such as using a water based extinguisher on a chip pan fire, it can be ineffective and can do more harm than good, potentially causing immediate and explosive reactions. As seen in the diagram, In the UK there are 5 main types of fire extinguishers in use which are all colour coded for quick and easy identification and used for different classes of fire which we discussed here. 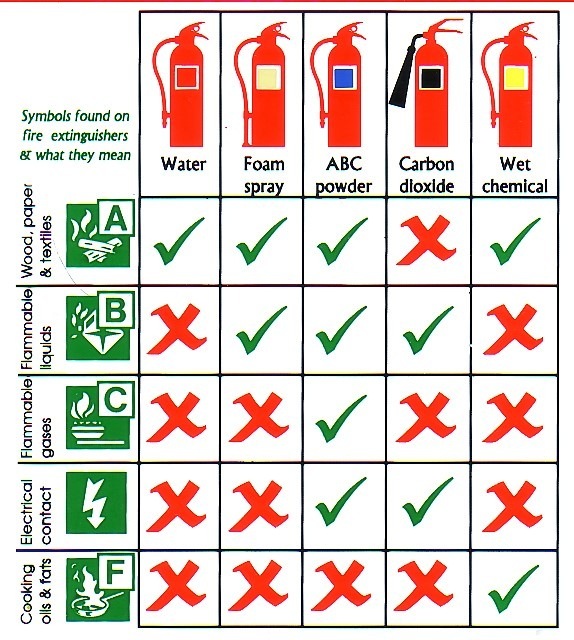 Water is the most common type of fire extinguisher for Class A fires with most premises requiring either a water or foam extinguisher to be present. They do not contain harmful chemicals but unlike some of the other extinguisher types have a low firefighting rating, usually making them rather large and heavy. The water has a cooling effect on the fuel, causing the fuel to burn at a slower rate until the flames are eventually extinguished. There are actually 3 types of water extinguisher, Water, Water Spray and Water Mist, the difference being the type of nozzle. Water spray extinguishers have a spray nozzle that allows a greater surface area to be covered in a quicker time frame. Water mist extinguishers have a nozzle that releases tiny water particles which suffocate the fire and can reduce the feeling of heat for the person using the extinguisher.

Foam extinguishers are most common for Class B fires but as they are water based also work on Class A fires making them a good option for many environments. Foam extinguishers work by having a cooling effect on the fuel due to the water content with the foaming agent also creating a barrier between the flame and the fuel by floating on top of the burning liquid.

CO2 extinguishers can also be recognized by their slimline shape and are mainly used for electrical fires. They also have horns instead of nozzles which are not always frost free meaning they can get incredibly cold when in use. Carbon dioxide extinguishers work by displacing the oxygen in the air and suffocated the fire and are popular for use on electronics as they don’t harm the equipment and unlike some other extinguishers don’t leave a residue behind. However, if the source of the fire is not removed such as switching off the power supply or the materials are still very hot, once the CO2 gas has disappeared the fire may reignite.

Although wet chemical extinguishers can also be used on Class A fires they were designed for class F fires and work by creating a layer of foam on the surface of the burning oil or fat. This has a cooling effect and also prevents any further oxygen fueling the fire further.

How to Use a Fire Extinguisher

There are different instructions for each type of extinguisher (view a more detailed description of each here) and as with many things in life it is always best to let someone with appropriate training deal with the situation. However, in the case of an emergency there are some simple steps and something called the P.A.S.S method which can be followed

P – Pull the pin from the handle

A – Aim the hose at the base of the fire 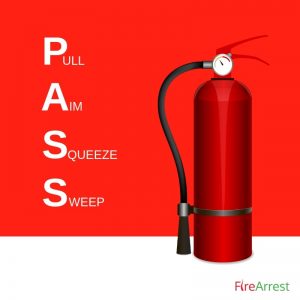 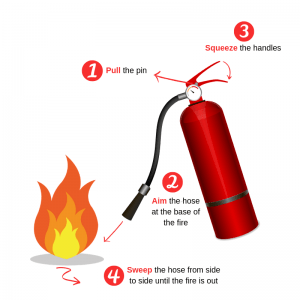